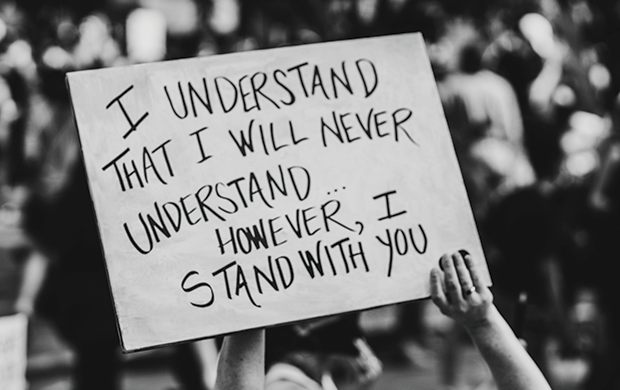 Many theories exist that try to explain the root causes of GBSV. Some argue that the perpetrators of GBSV are dysfunctional, angry, psychopathic men: these are the monsters of our society who prey on the weak. The problem with this theory is that it exonerates all the men who might have violent tendencies but who do not have the guts or the opportunity to exercise them. It exonerates all men who have an inherent belief that women must submit, that women are objects for their sexual desire that women belong in the kitchen and should be punished if they step out of this role. Then there’s those who take a generational approach. If you have suffered violence in the home, if you have witnessed GBSV or have been a victim yourself, you are more likely to become a perpetrator. Although there is scientific proof that trauma has a lasting effect on the development of your character, this theory does not explain those men who rape, beat and oppress without ever having been raped, beaten ... END_OF_DOCUMENT_TOKEN_TO_BE_REPLACED